This is a fairly major update including significant new features. Because of API incompatibilities this release is not forwards/backwards compatible with previous AMP releases. This means that the whole of AMP has to be upgraded rather than just parts of it.

The easiest way to update (For both Windows and Linux) is to open a shell/command prompt and run:

You can find the full guide on upgrading AMP here: How to update AMP to the latest version · CubeCoders/AMP Wiki · GitHub

Another excellent community contribution, this time by Tempus Thales - this update brings support for V Rising on Windows. Linux support will be available once the developer releases a Linux version of the server.

Previously a work in progress, this configuration by IceOfWraith, Greelan and eNcrypt is now shipping!

AMP now supports automatic wipes in Rust via the scheduler. This also includes an option to randomly generate a new world seed to keep worlds fresh via automation.

The new ports system is backwards-compatible so existing configurations will continue to work, but only new configurations benefit from the new system.

This system is also more extensible, and in a near-future update will gain the ability to support port ranges and offsets.

This Enterprise-only feature allows hosts to more easily add custom content to new AMP instances by having AMP download a manifest file that contains URLs for archives AMP is to extract, either for all instances and/or on a per-module basis. This allows for hosts to update their branding for example without access to their customers file systems. Documentation for this will follow in the wiki in due course.

Disabled by default and only applies to brand new installations due to a required modification to the installer, this feature allows AMP to automatically sync with a UPnP compatible router to automatically port forward for applications managed by AMP. This feature may come to Linux in a future update but we anticipate it being more useful for Windows users.

Some of the settings in Generic templates are large JSON blobs that can be a little impractical to work with once flattened down to be included in a configuration template.

Now, when ADS loads in these templates there is support for an @IncludeJson[filename.json] directive that will include the contents of that JSON file as the value. It will automattically flatten and minify it so the final created instance works as expected. This only applies to the ADS side of things and isn’t used in GenericModule.kvp itself. The json must be in the same directory as the template that regerences it and no subdirectories/traversal is permitted.

OOF i literally just installed it like 3 days before this

Also adds The Isle EVRIMA and Docker support for Risk of Rain 2. I know some were waiting for that.

Hi, What are the new V Rising settings? I compared this with the old version and I can’t find any new setting.

Have you made a new instance? Existing instances don’t get the new configuration.

I see it now, thank you. It’s a very good improvement.
Thanks!

Thank you for including Xonotic. Looking forward to test it out on AMP.

My current local Xonotic folder is 6.6GB and I compile from source, not including all the maps in cache. ~15GB is probably a safe bet on how much space it uses for a full autobuild install.

@Greelan provided that config! He does amazing work.

Thank you for the tip, and thank you @Greelan for your contributions. Good work!

@Greelan … thank you for the Xonotic module.

When I try to update it:

When set to “stable” it downloads the xonotic-0.8.2.zip as it should, but not in autobuild:

It creates the Xonotic folder: 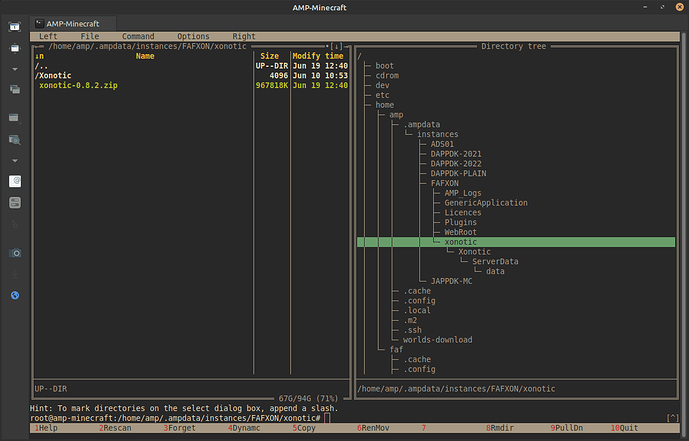 It looks like it fails on “Set Executable Flag” ???

I do compile my own Xonotic, but I’m curious about the default process of your module.

The server is fully updated: 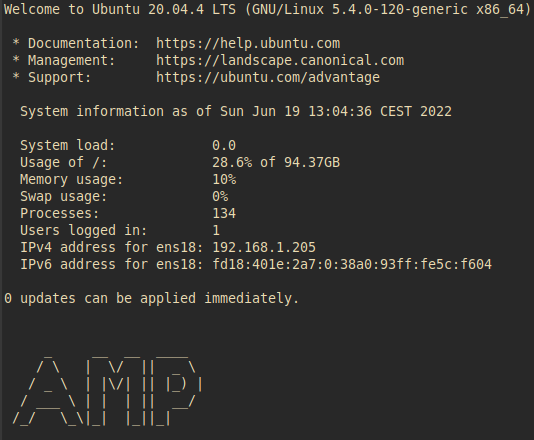 I also looked at the AMPTemplates/xonoticconfig.json at main · CubeCoders/AMPTemplates · GitHub

Does not look like the stable version is in a subdirectory?

Do you think that it creates issues?

Thank you for your time.

Show me your server release stream and server version settings

I mean in the Server Settings menu in the Xonotic instance

And what you see in the json file is just part of the URL that is used in the kvp to download. The xonotic at the end is not a dir, but part of the zip name

Are the files being extracted OK?

Could download it in stable, true. No extraction of files! I can do it manually though.

Sorry, you are confusing me. What exactly is not working?