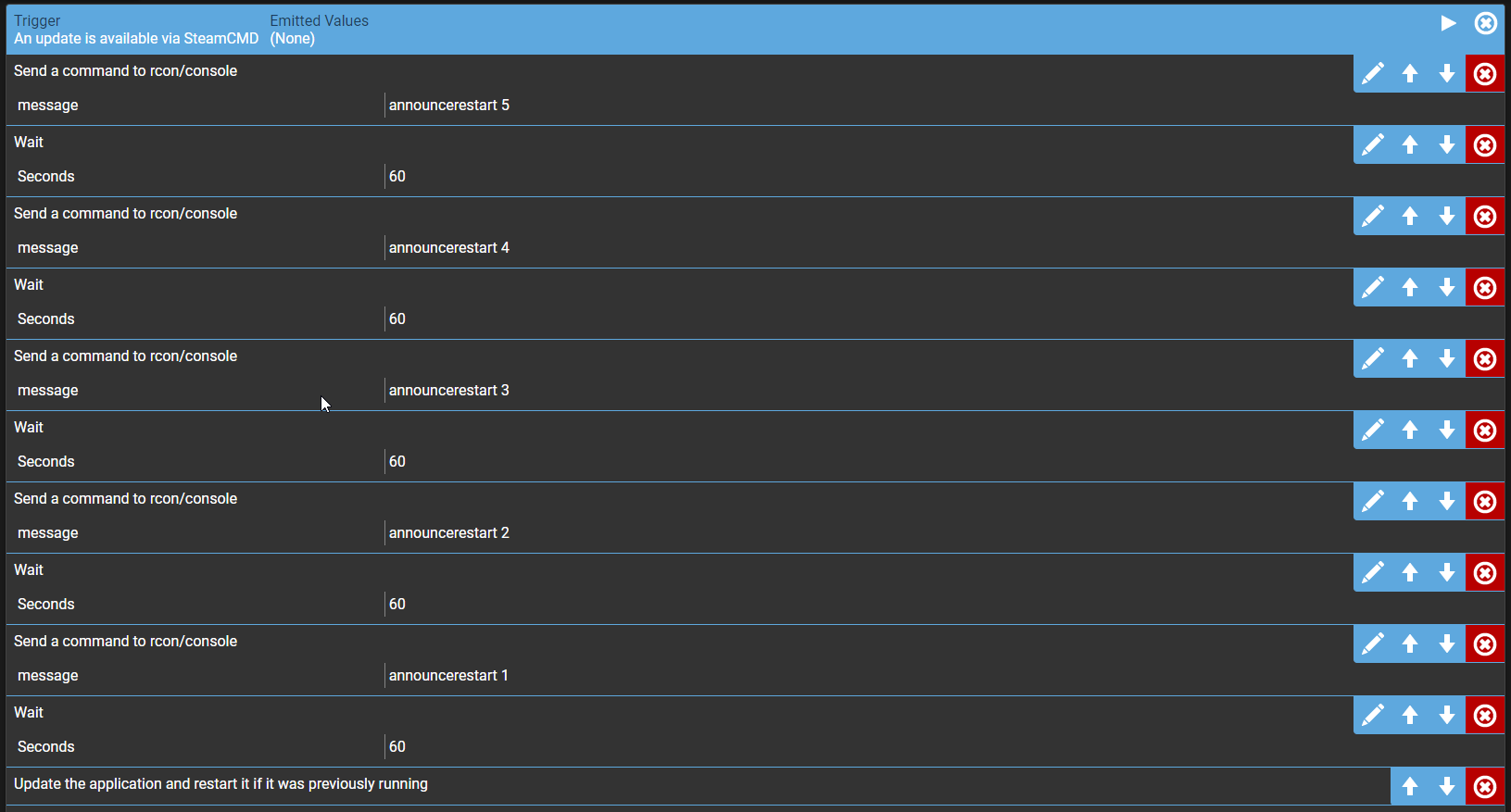 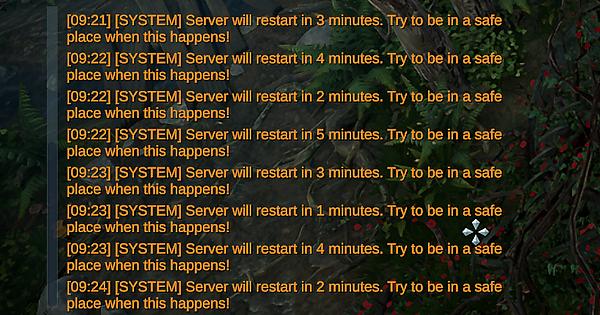 You can also go to AMP and see it re-downloading via SteamCMD several times and trying to restart the server. Ended up showing the server as not up even though the app is up.

Actions taken to resolve so far: None, what can I check to see why it gets executed multiple times? Maybe a fail-safe check?

I’ve has this happen if I stop the game server while a schedule is running already. Until I stop the instance it acts weird like this.

In this case I did not stop the game server. I simply created the trigger for when steamcmd has an update available and triggered the update manually to update as I believe there was an update available from the morning. It started showing properly in-game and when reaching the 4th minute, the 5th minute message appeared again and you could see a new countdown.

I’m at a loss then. Lol maybe Mike has some idea.

This happens with any type of scheduler that you hit the trigger manually, after a few seconds the trigger re-sends the cron job. Kind of makes using the manual trigger unuseful.

How often is your ‘check for updates via steamcmd’ task firing?

I am not running that task. I just simply clicked the “Run this trigger immediately” button of the trigger I created. As displayed in the screenshot, I have not added anything else.

I am getting this too, Mine just said server restarting message 5 and continued till server restart, i did not get the countdown.