Problem Description:
I host a Minecraft server for myself and friends to casually use, rarely more than 5 people on at a time. We recently decided to start a new server, so I opened up the Instance I use for Fabric Minecraft, update it to the latest AMP version, upgrade to the latest Minecraft version (1.18.2), and start the server.

The last time I ran this instance, the RAM usage when the server had no players online was around 2GB of 6GB. Now, it reads as 18GB of 6GB. When logged on, chunks struggle to keep up when exploring. The only thing that has changed, from what I can tell, is the AMP version.

When originally running this instance, it significantly lowered the RAM usage. Now, it increases it to 18GB.

With no arguments, the server runs at 5GB of 6GB, although still a bit slow to load chuncks. Removing “-XX:+UseZGC” has the same affect.

Is there a fix for this? I think I’ve read that downgrading it’s possible, but is it possible to start an instance of an older version?

Have you restarted AMP since changing that?

AMP doesn’t affect Minecraft memory usage in any way, it just reports it. All that changes is how it reports it. You may also find the full metrics information useful to get some understanding of what’s going on.

Restarted AMP, closed everything listed in Task Manager. Interesting to know that AMP is only reporting the memory usage.

In the processes list of task manager, Java is listed as using 383MB

Are you 100% certain it’s the same Java process? AMP reports the “Working Set” value as the Physical RAM usage.

Entire PC Memory usage is listed as 12GB, AMP says the server is running at 17GB

It may well be using a large amount of swap space. Can you show me the full metrics as well as what Task Manager says? Make sure that Task Manager is showing the “Active private working set” figure. Also check that the PID in Task Manager matches the Processs ID shown on AMPs support tab. If it doesn’t match then you’re looking at the wrong thing. 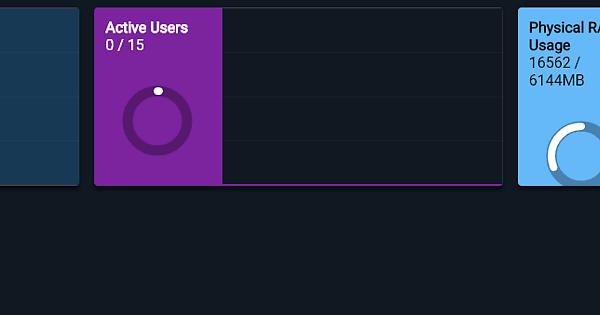