Characters such as ä or ö don't work

Problem Description: Can’t use special characters in my Minecraft server commands such as ä or ö, the just show up as A¤

Actions taken to resolve so far: Tried to Google this, but no result. I really don’t know where to start.

you need to have your system locale not be english, for this to break. This is obviously a failed conversion between UTF-8 and ISO-8859-xx.
This also shows, that the HTTP-Server ignores the provided Character-Encoding of the HTTP-Request.

Have checked. AMP is UTF-8. Searching in discord returned the following: 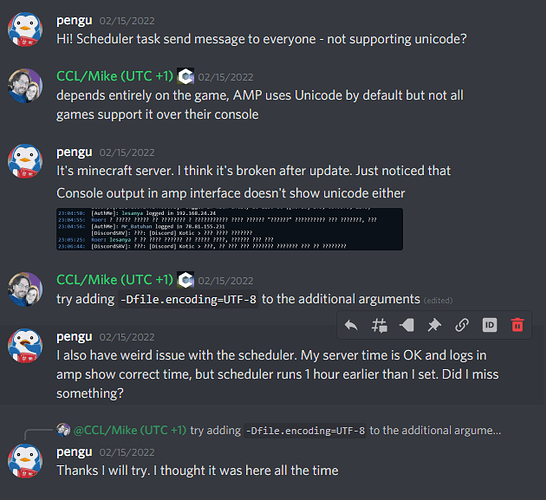